Last week was one of our favorite weeks of the year: our annual Southwest Montana Fly Fishing & Conservation Camp! Each year students gather to spend a week learning how to fly fish as well as how to care for our valuable natural resources. Here’s a glimpse into what our campers were up to last week:

Mornings were generally spent out fishing. On Monday, we fished Silver Bow Creek, and while no one got lucky with a fish, everyone refined their new casting techniques. Campers also learned about Silver Bow Creek’s unique history. They were amazed that the dense riparian vegetation they had to navigate through to get to the river was less than a decade old. A creek that was once too contaminated to contain fish was now healthy habitat. The water is now clean enough that some campers couldn’t resist taking a dip to cool off. 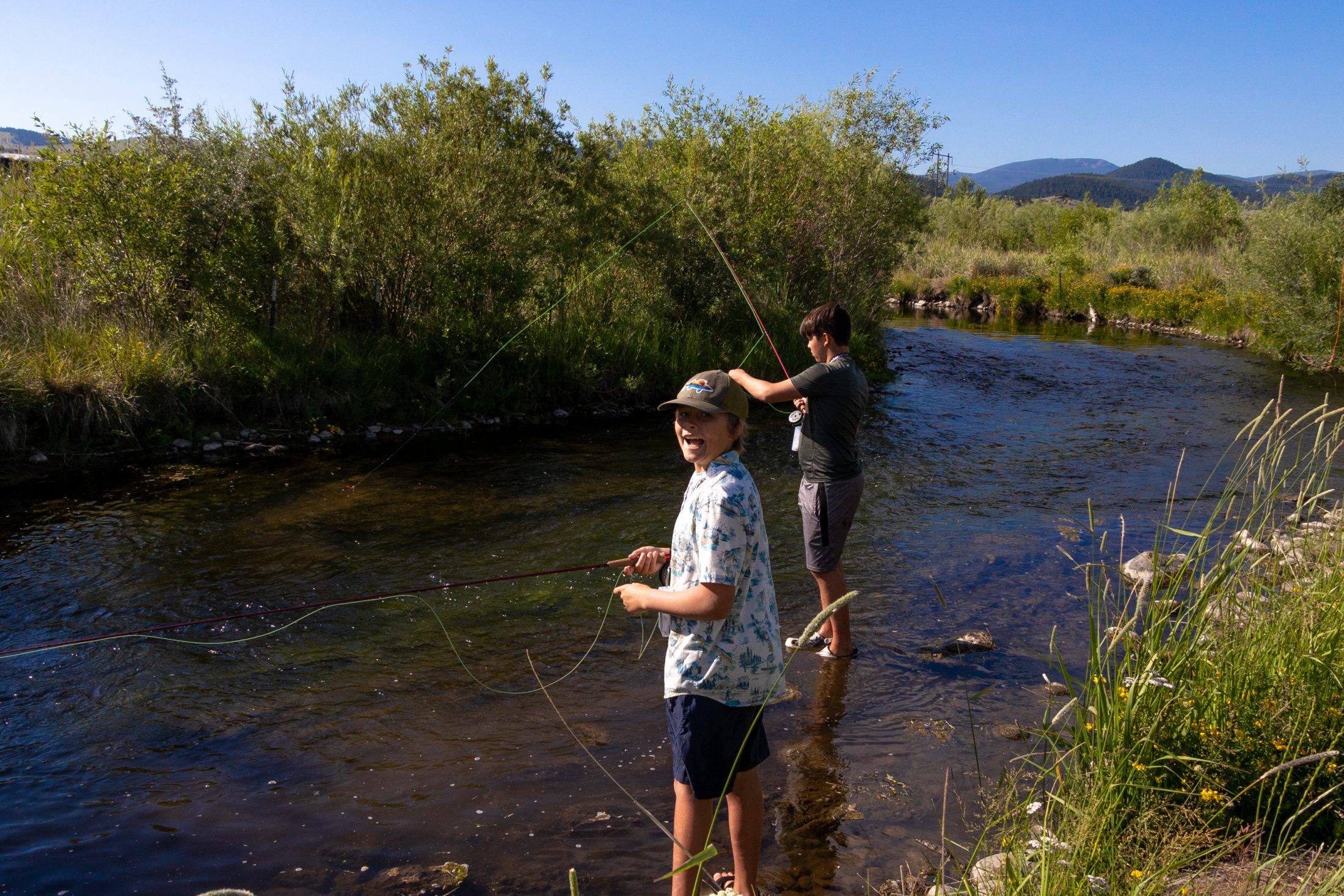 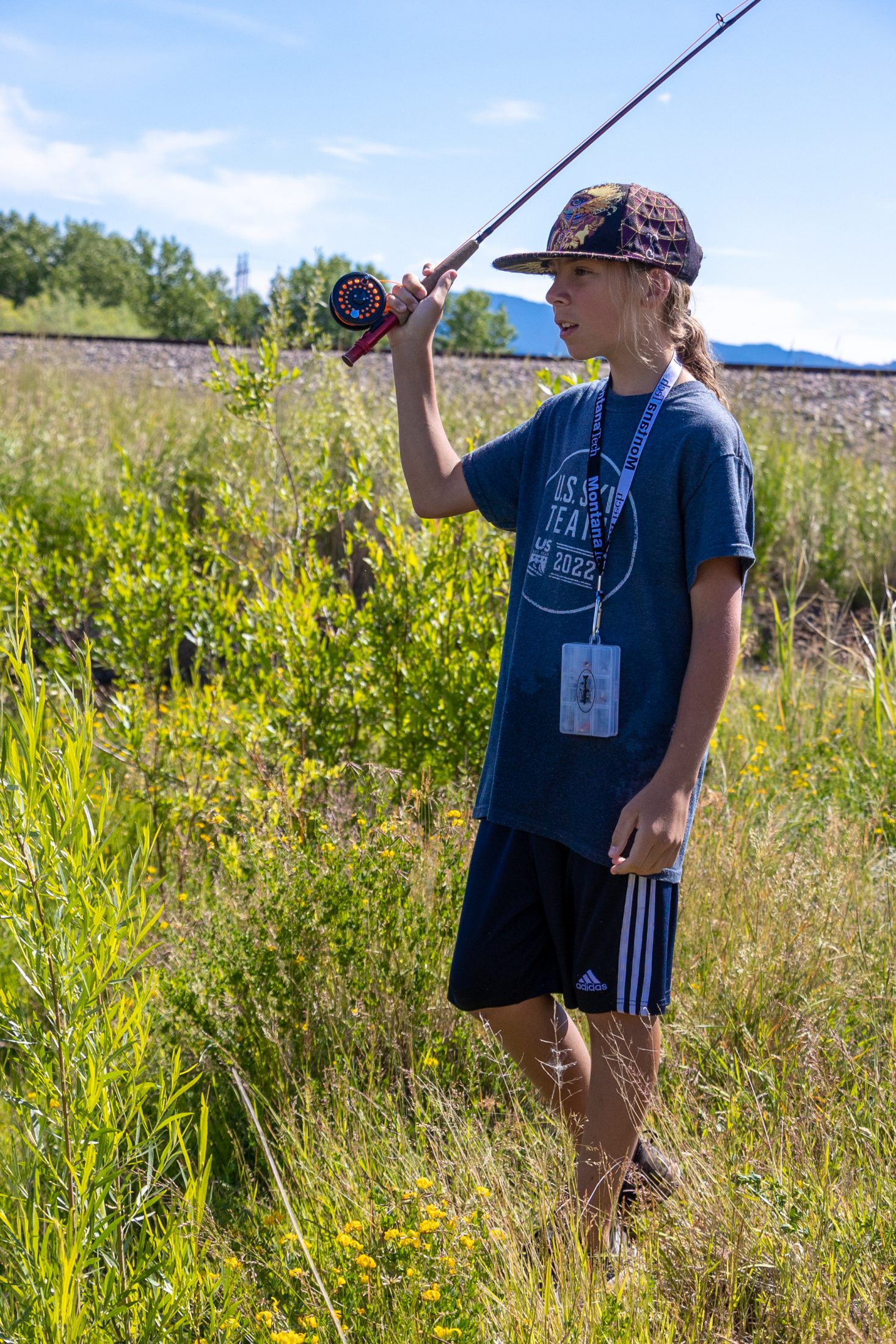 On Tuesday, we spent the morning fishing on Rock Creek. The fish were lively in several holes, and campers were delighted by the fish they caught. They were particularly excited about the diversity of the fish: westslope cutthroat trout, brown trout, and hybridized “cutbow” trout. As many anglers know, it can be tough to leave when the fish are biting. It took a bit of work to get these young anglers out of the water on this day. 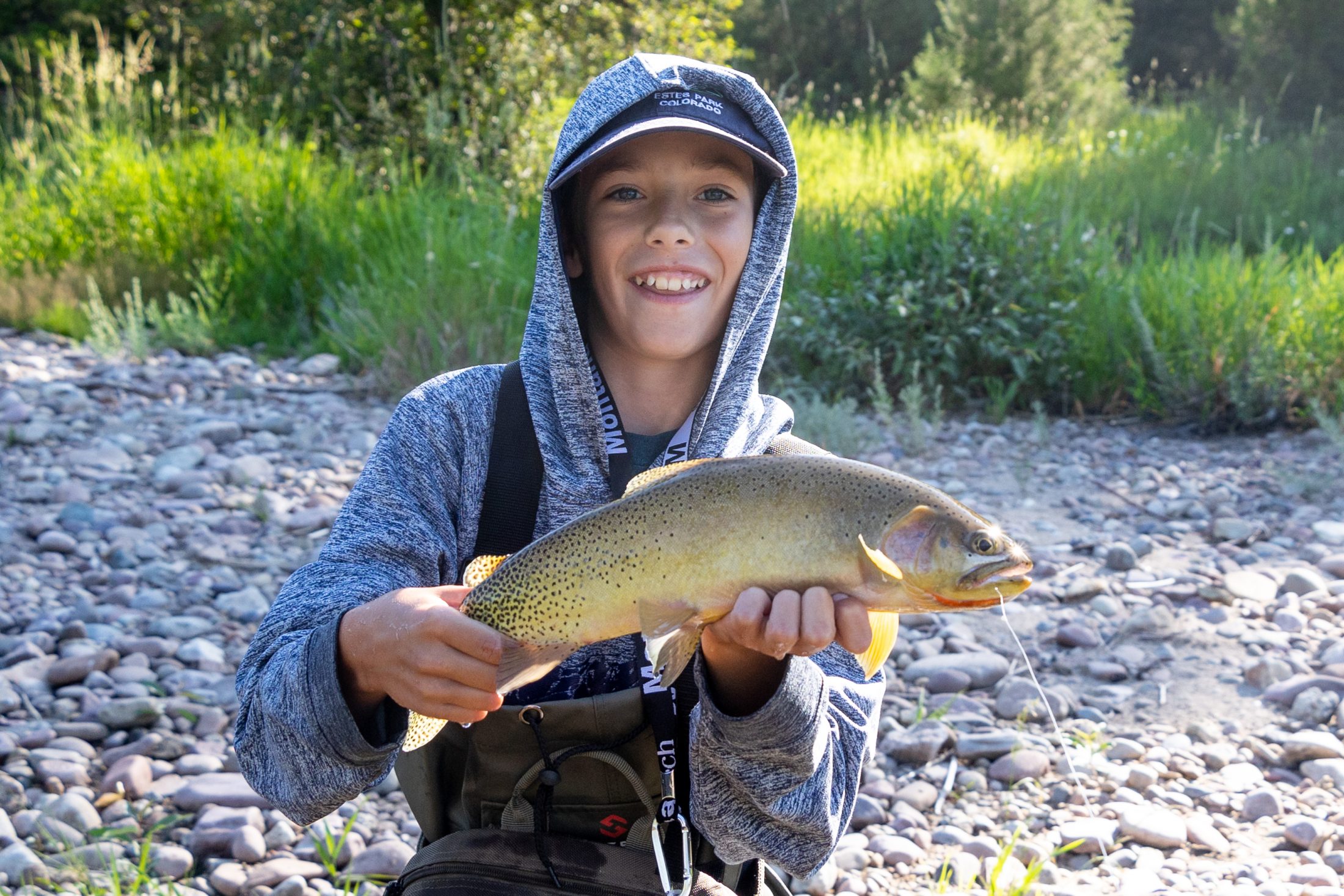 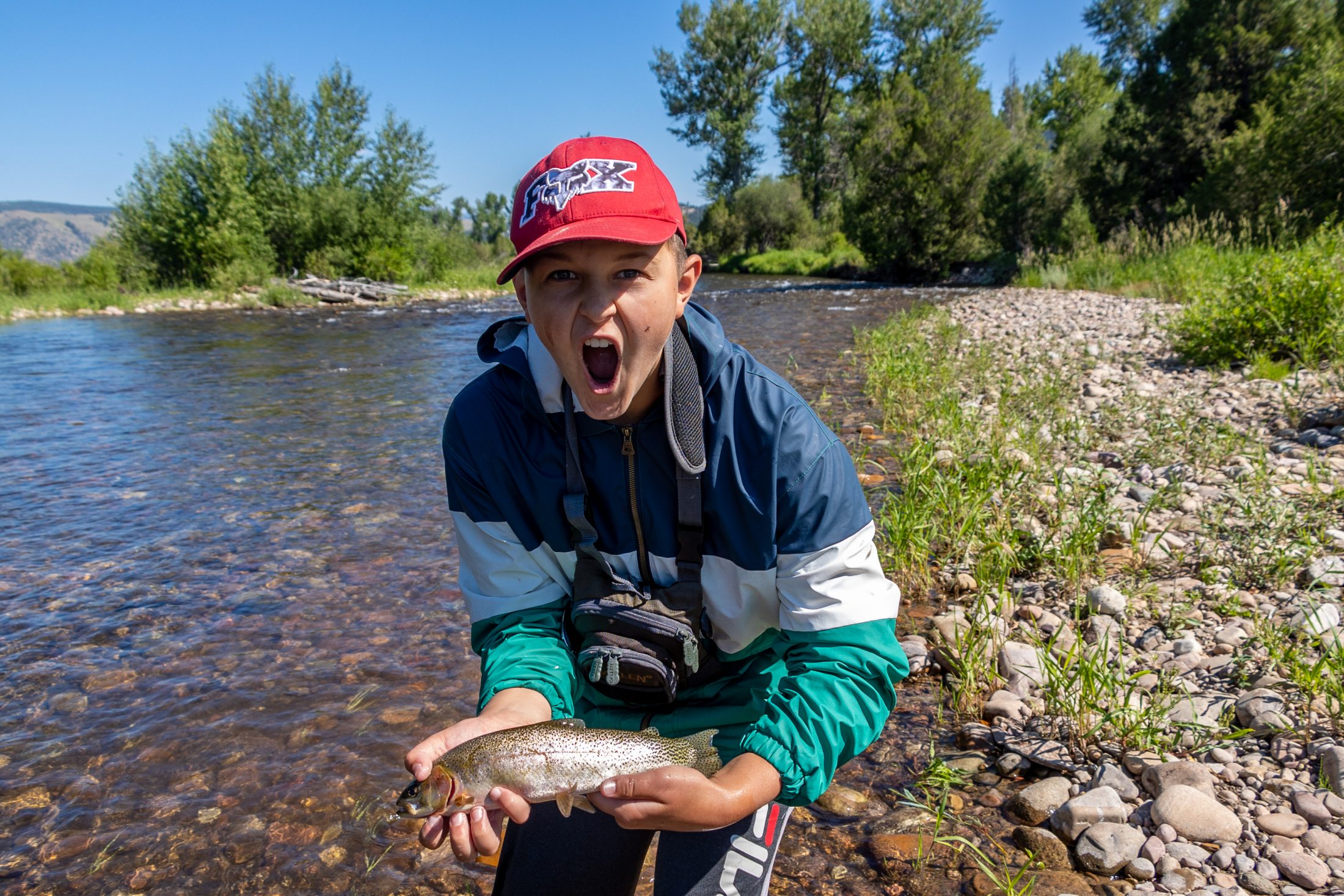 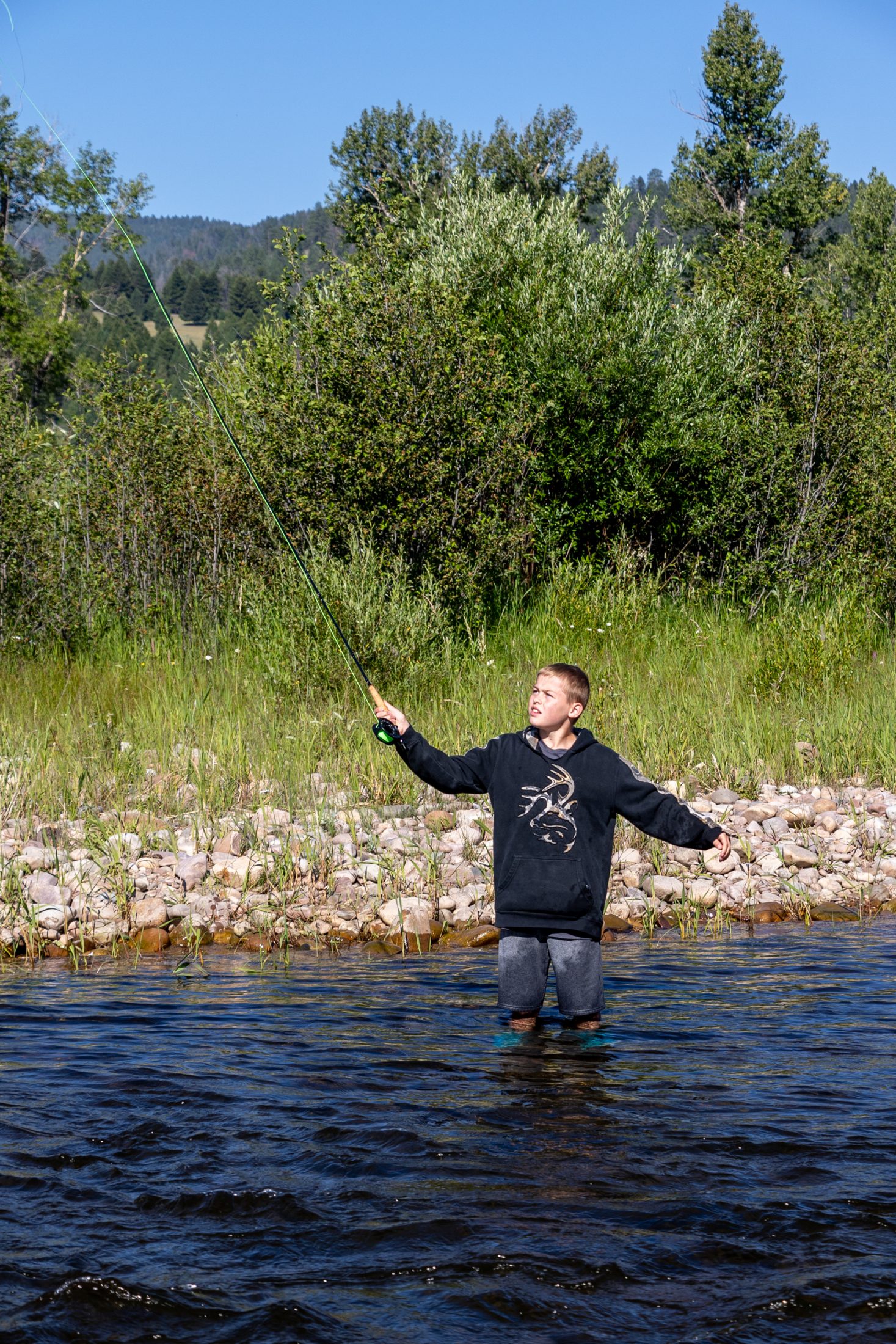 Wednesday, we fished Flint Creek. A few more campers caught fish this morning, though we don’t have photo evidence to prove it. Others took a break mid-morning to look for macroinvertebrates, insects in the water that are a major part of a fish’s diet. They had a blast flipping rocks and learning to identify things like stonefly and mayfly nymphs. This helped the campers get a sense of what flies they should be using while also learning about the health of the creek, as the presence of certain macroinvertebrates indicates whether or not the water is healthy. 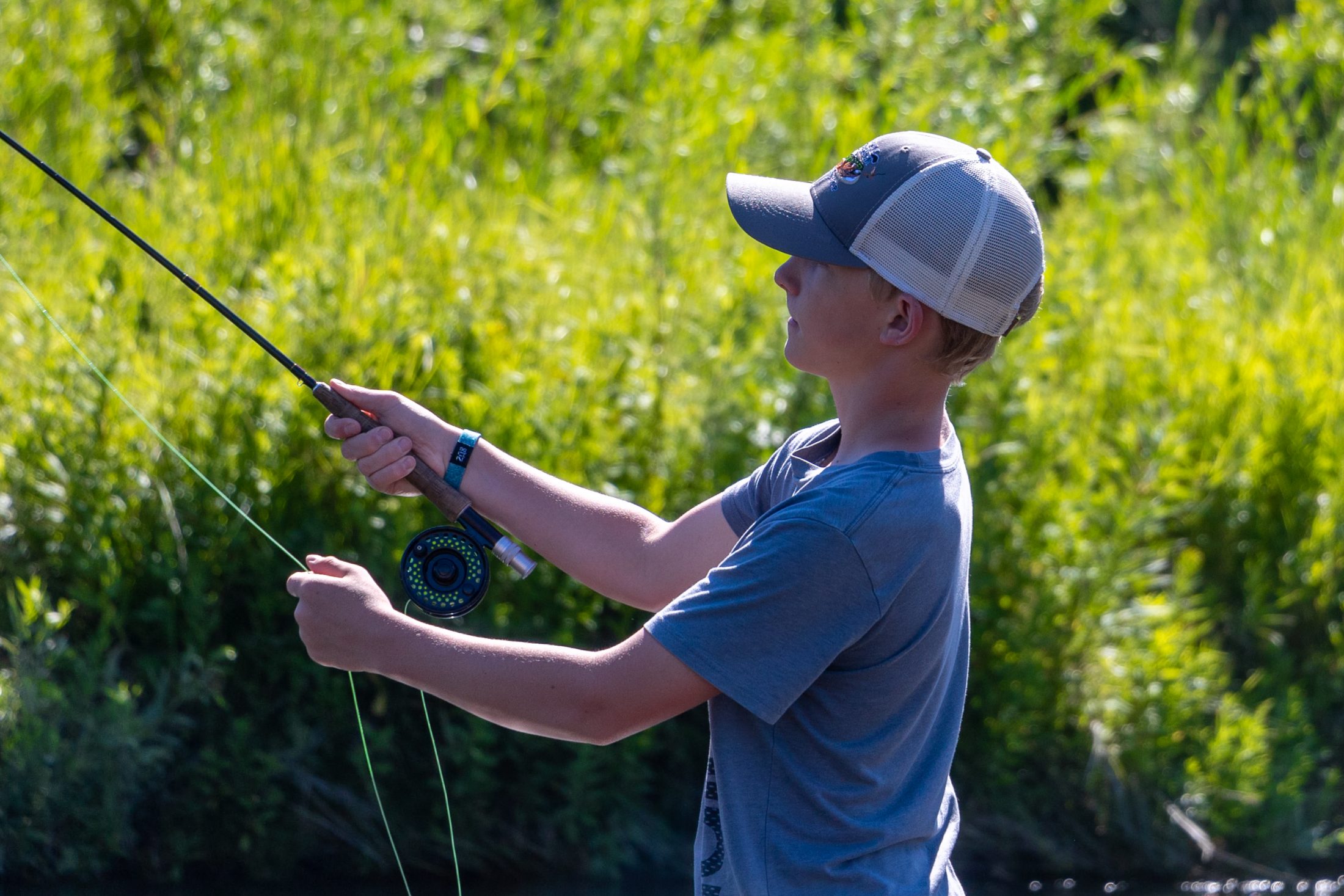 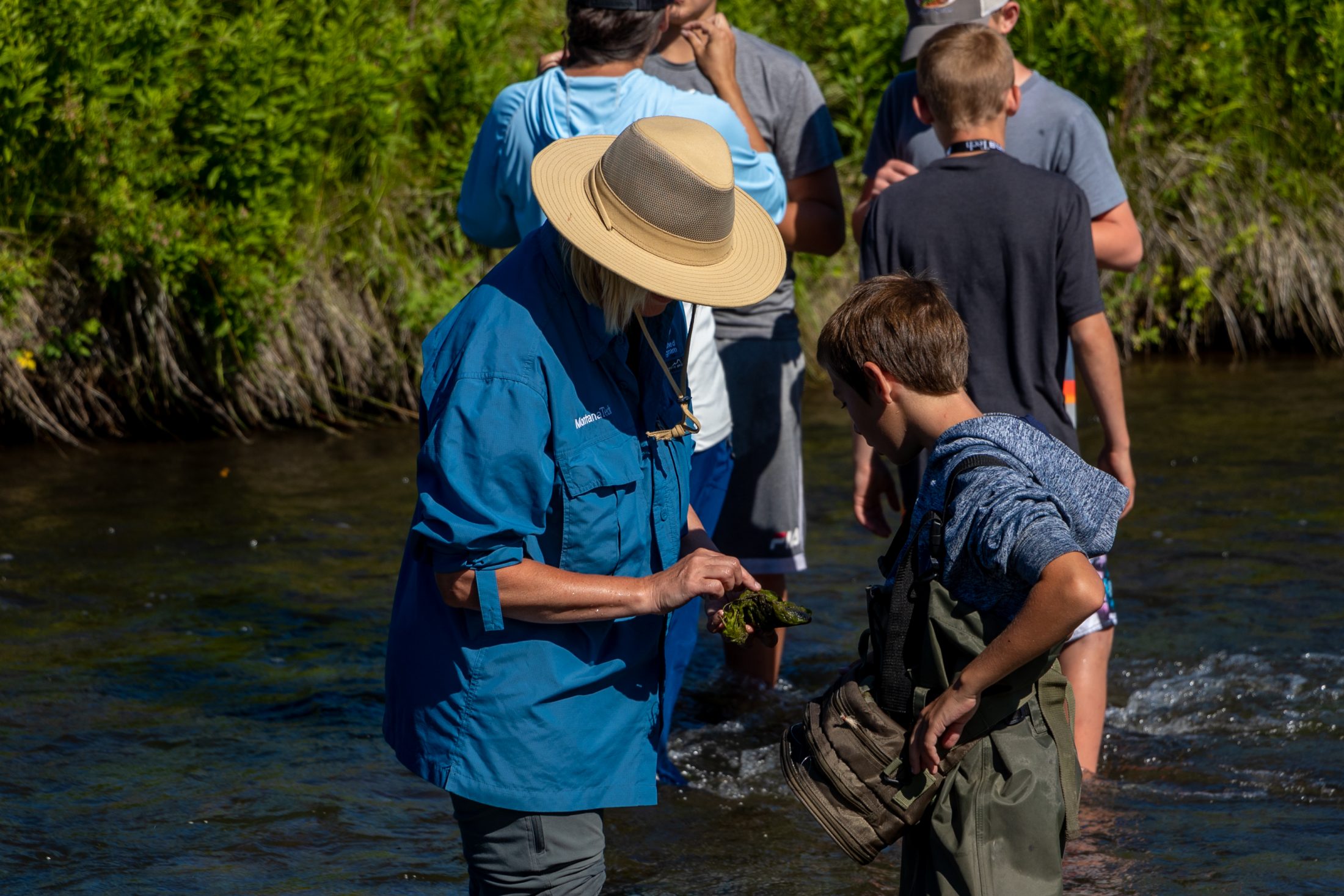 Campers also spent time fishing on lakes. During free time in the evenings, they could choose to fish on Georgetown Lake either by the dock at camp or further along the bay. While the majority of fish caught on Georgetown were on the smaller side, they enjoyed seeing what flies they liked to go after. Campers also got the chance to take the bumpy ride up to Storm Lake to fish. The scenery was idyllic, and they practiced their skills fishing on an alpine lake rather than a river or creek. 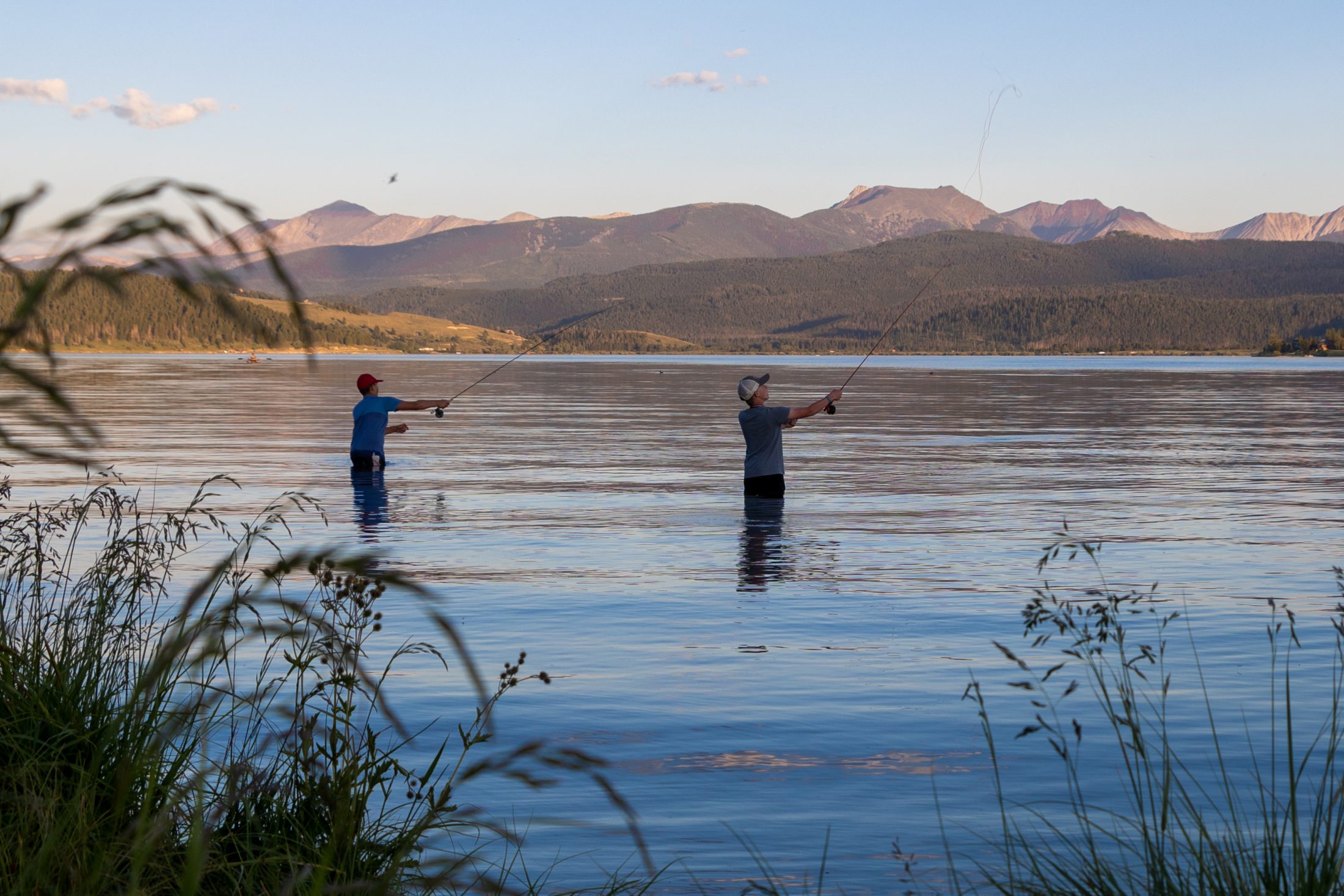 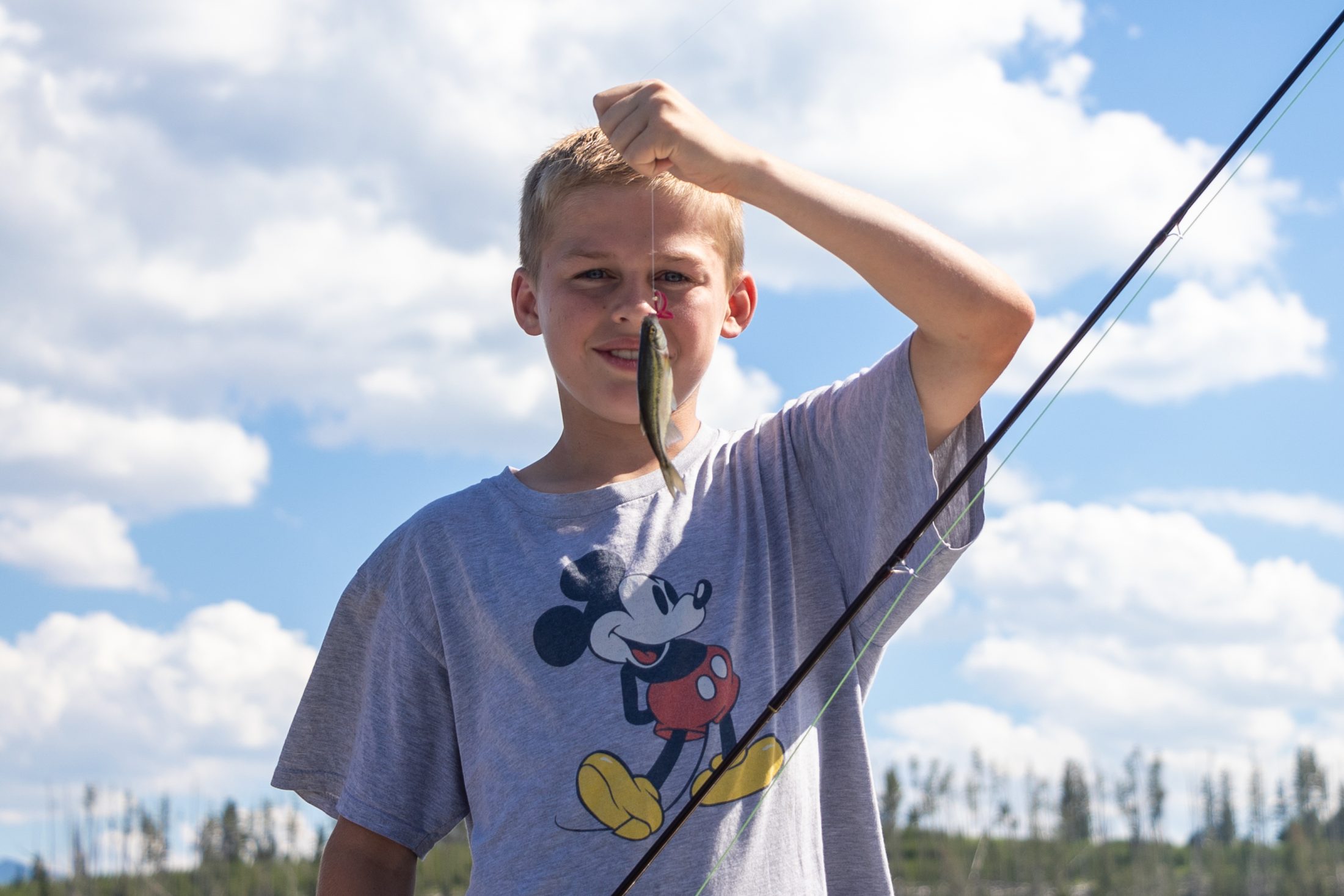 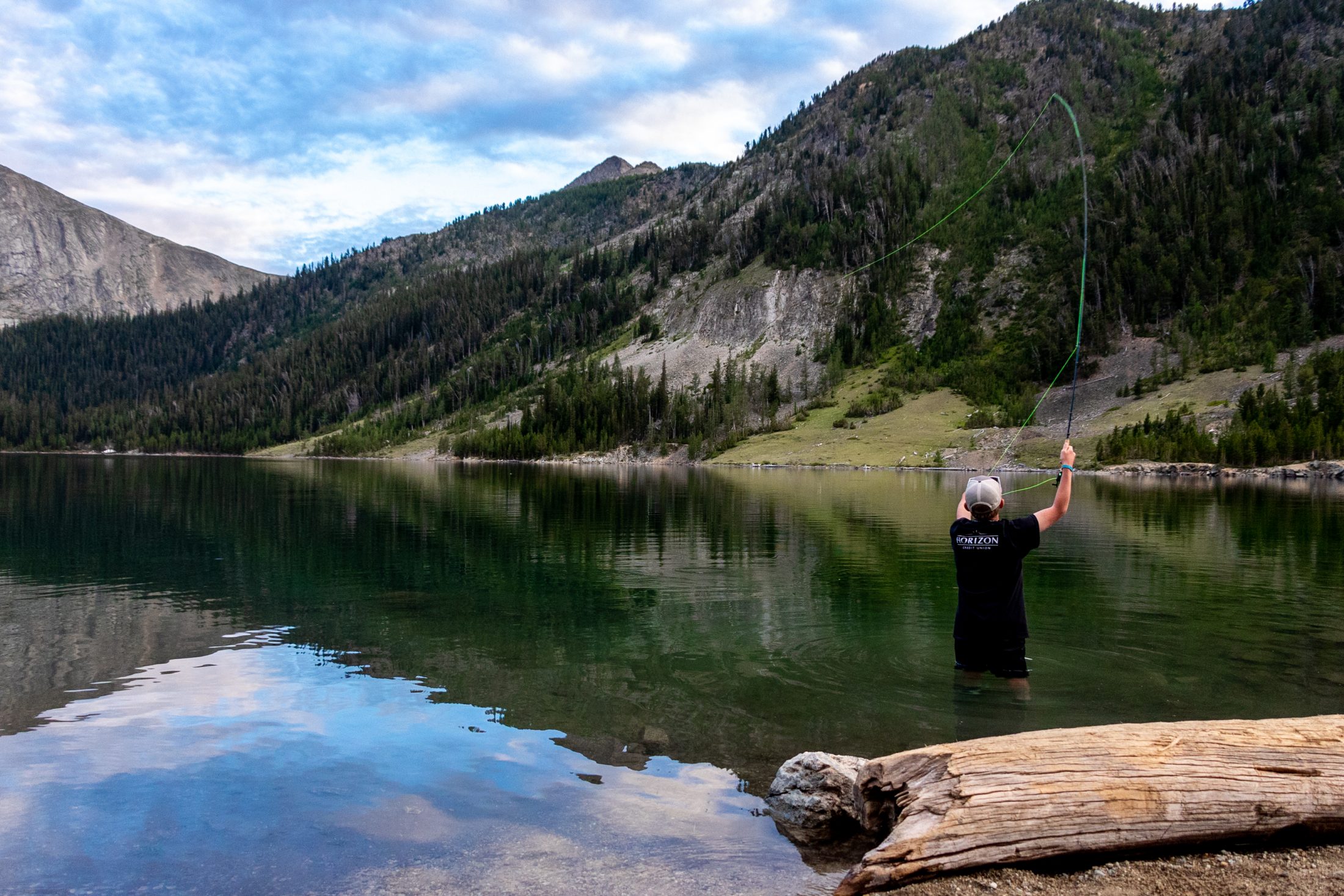 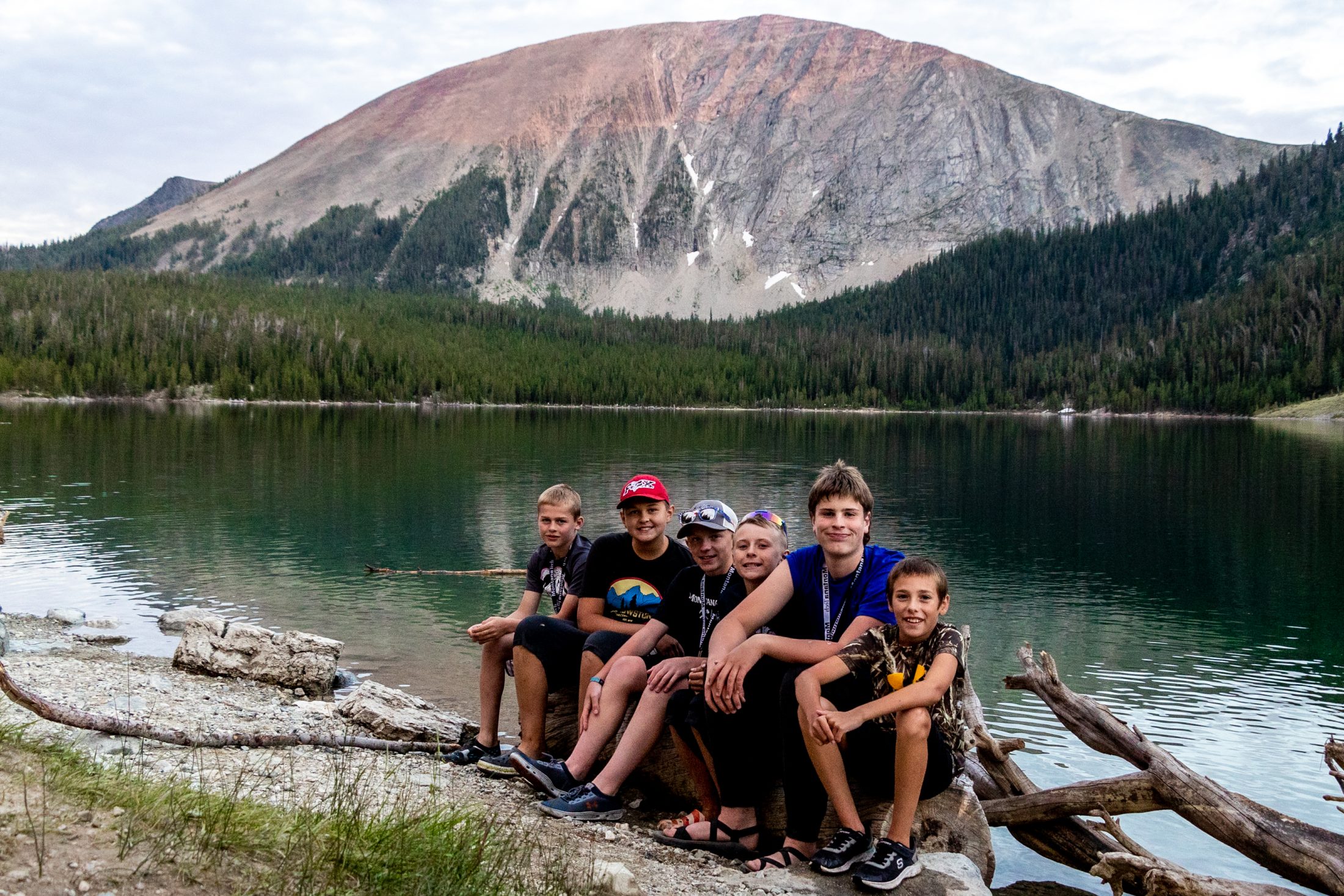 A unique feature of our camp is the emphasis on conservation. The students at our camp are the future stewards of our land and water, and we want to help them be prepared to care for the environment that they enjoy for recreation. Each afternoon, campers spend time with professionals working in conservation to learn about issues our resources face and how they can help protect them.

On Monday, we got to visit the Washoe Fish Hatchery in Anaconda to learn about the role hatcheries play in conservation. Kerrie Berger, an FWP fish biologist, spoke with the campers about the life cycle of trout. She explained how fish are raised in a hatchery, from spawning to release, and gave them a tour of their facility. They got to see the tanks where newly hatched fry live as well as the runs where fish that are ready to be released swim. 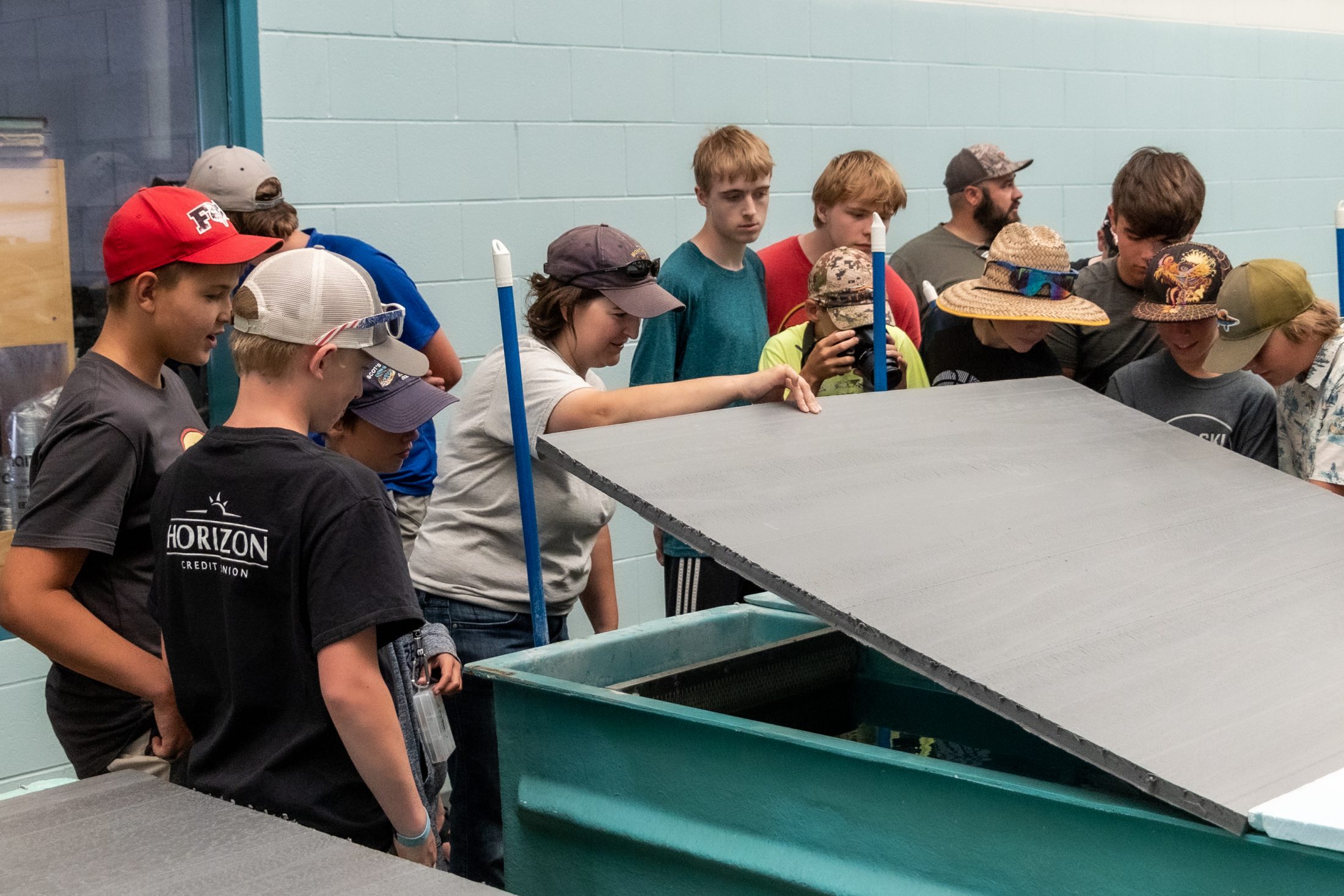 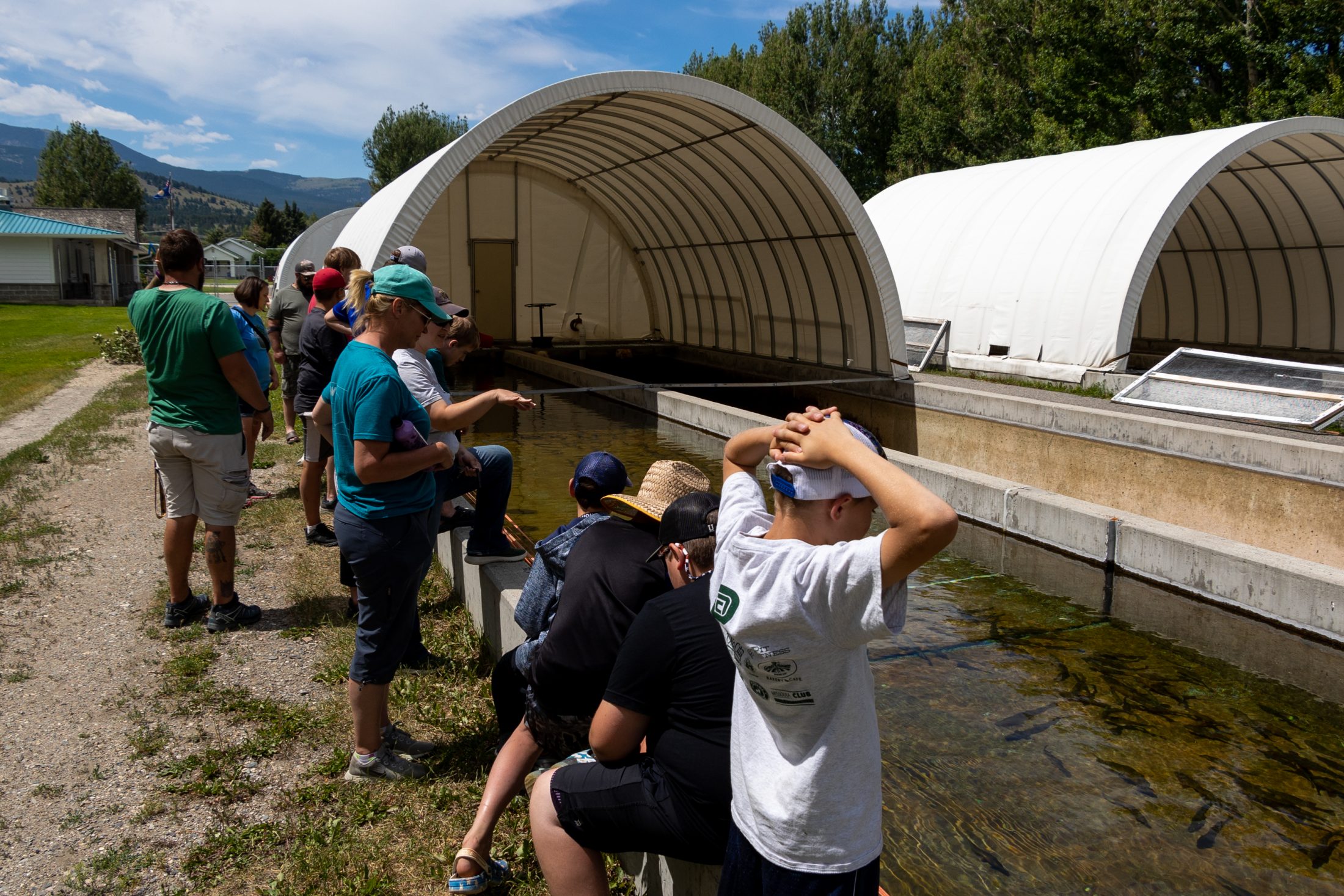 Later in the day, Ezra Ginzburg, an FWP game warden, visited the camp to talk about fishing regulations. He spoke to about why regulations are in place and the importance of following regulations to protect our aquatic ecosystems. He also explained common regulations in western Montana, like catch limits and hoot owl restrictions.

On Tuesday, Josh Abrahamson from UC3 and the Missoula County Weed District spoke to the campers about aquatic invasive species. They were surprised to learn that many of the fish they are used to catching, like brown trout, brook trout, pike, and more, are not native to this area. Josh talked about some of the issues this can cause, like lake trout outcompeting native bull trout in Flathead Lake or rainbow trout hybridizing with native westslope cutthroat trout in many rivers. The campers also learned about the threat of invasive mussels and why keeping them out of Montana’s waters is such an important priority. 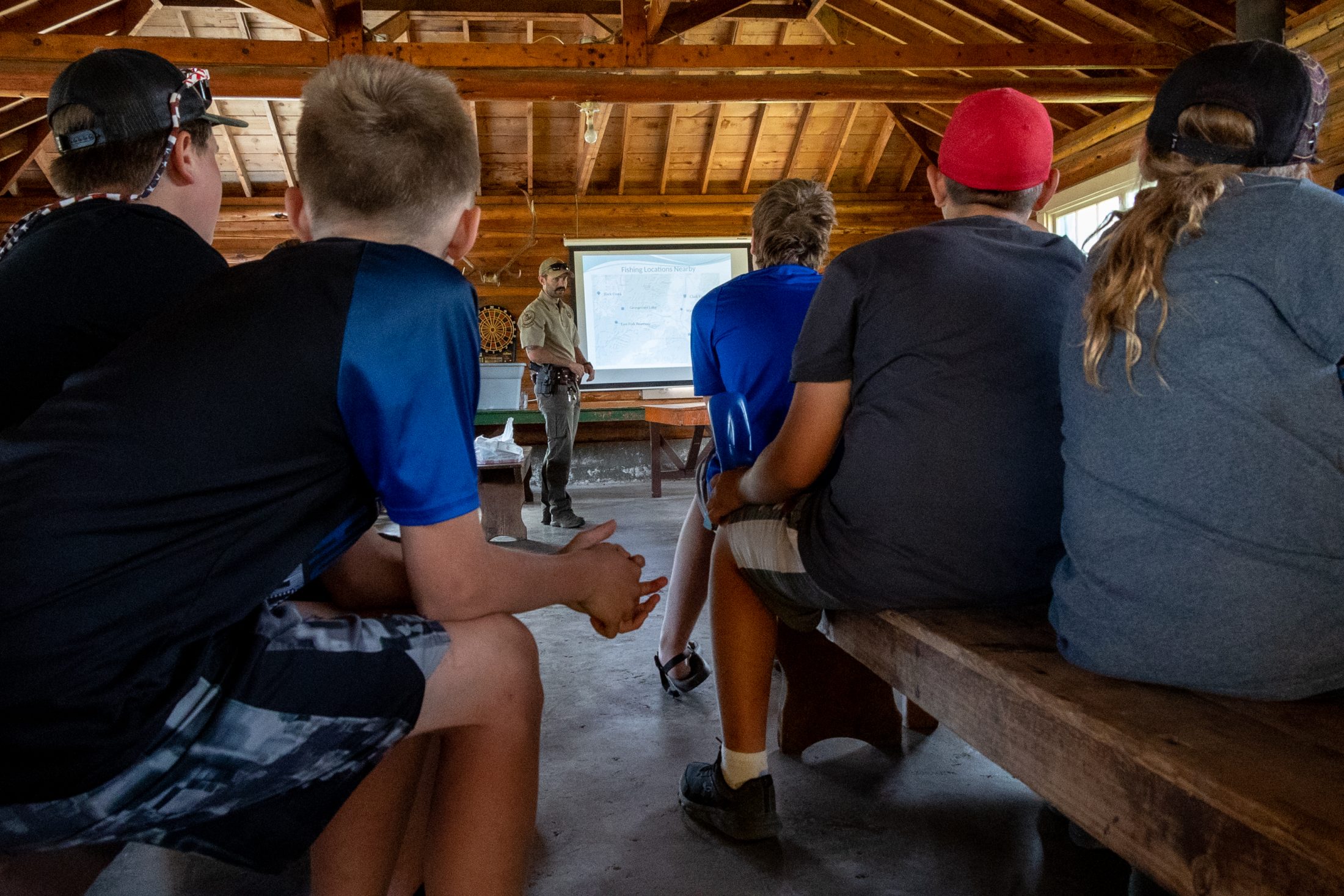 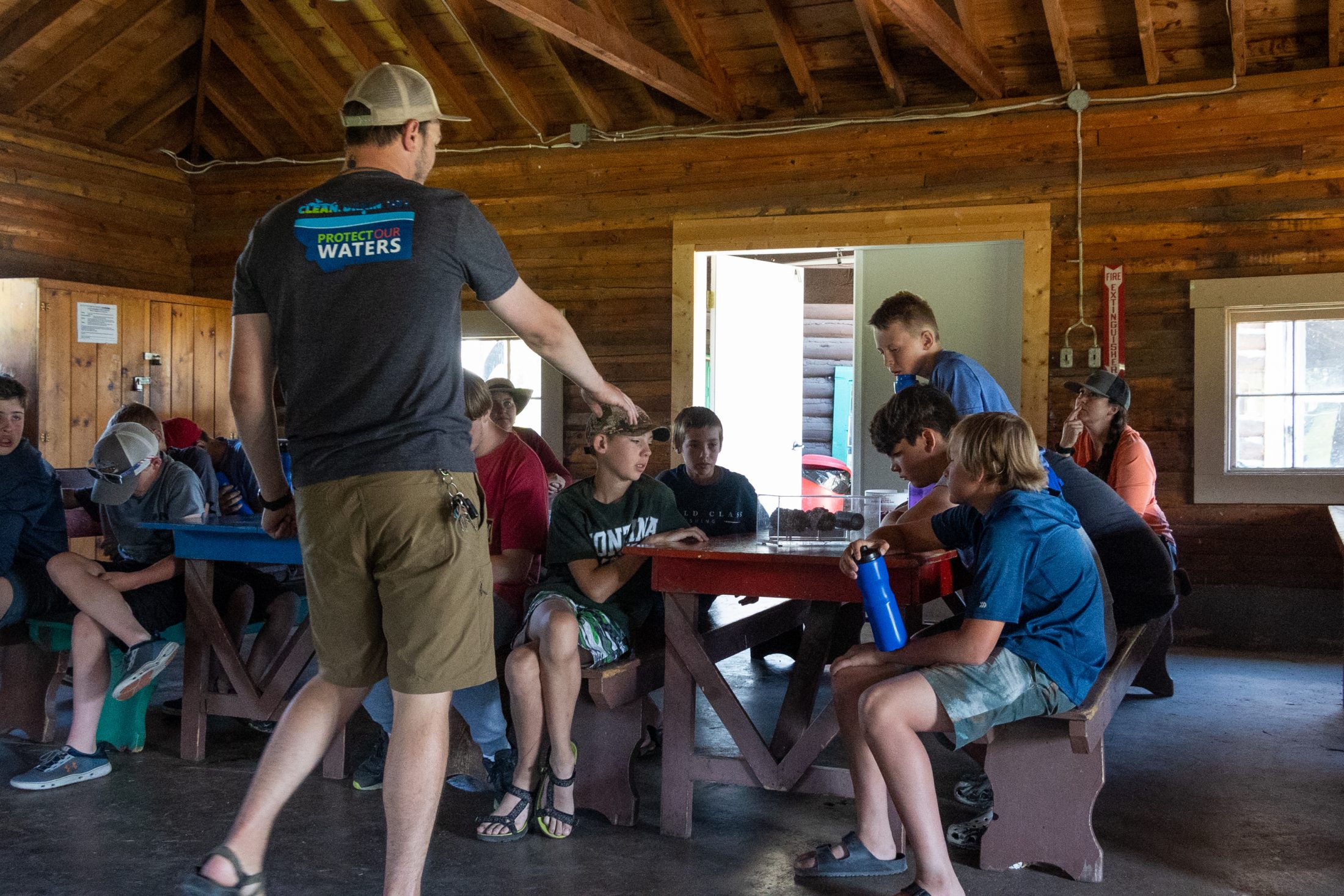 On Wednesday, the campers got some hands-on experience in conservation by helping out with Trout Unlimited’s restoration project on Flint Creek. Casey Hackathorn and Tess Canlon explained that the creek once had major erosion issues on its banks, causing the water to be filled with sediment. Their restoration efforts have rebuilt the banks, providing new habitat for fish in addition to improving water quality. Campers who returned from last year remembered the site from when they helped plant willows along the banks for stabilization. This year, we mobilized to help water young plants that will eventually grow to provide shade for the river, root stabilization for the banks, and habitat for wildlife. 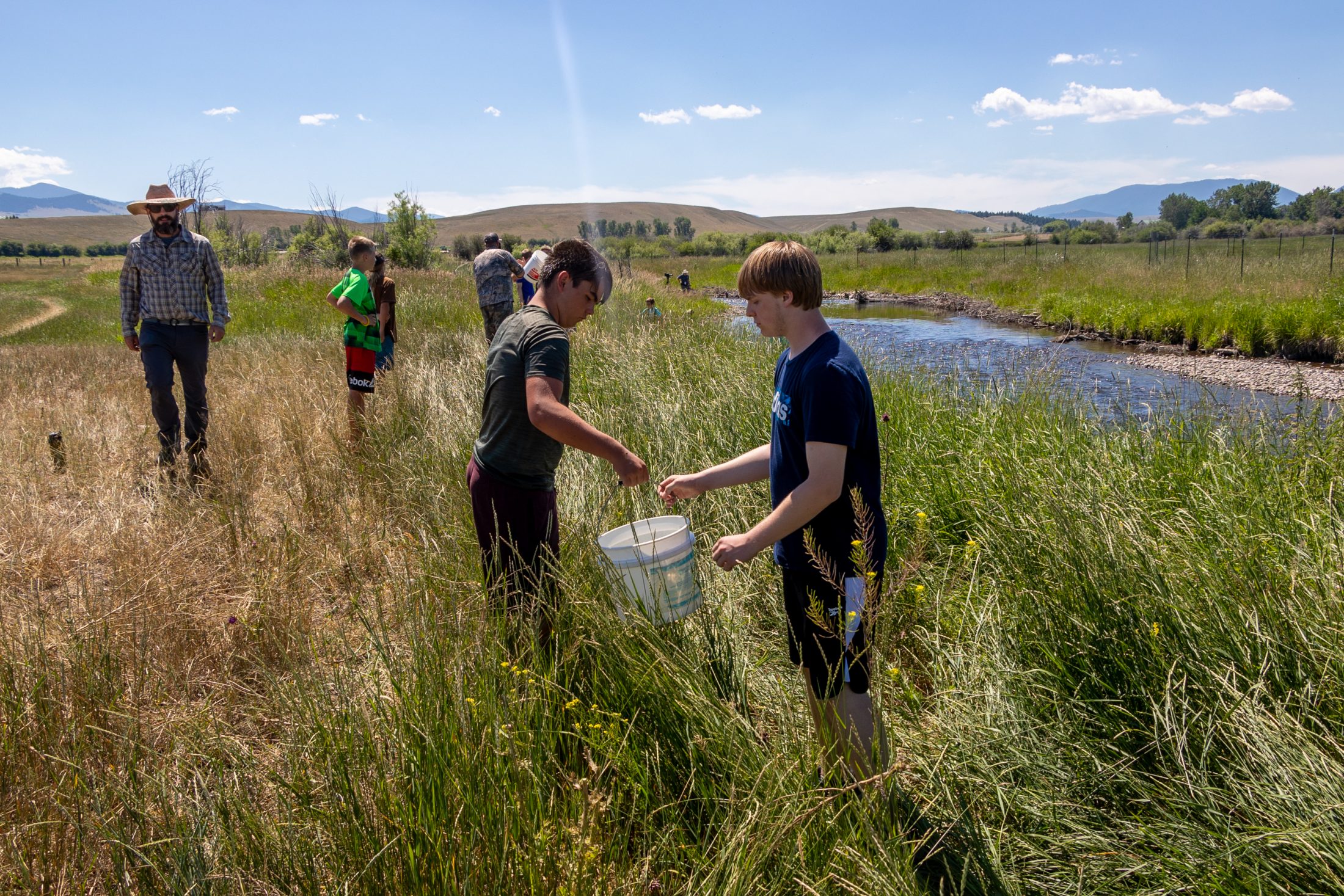 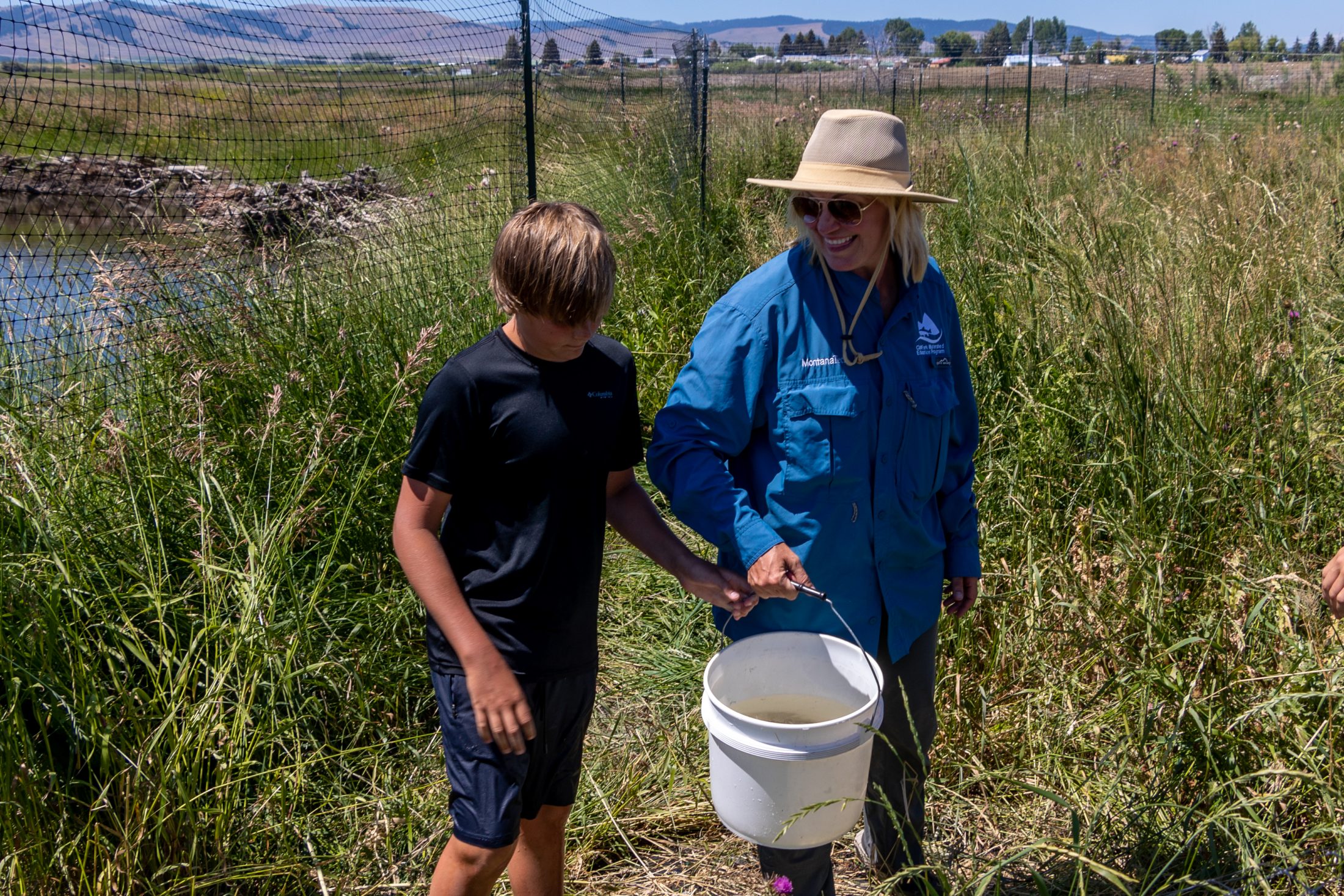 When campers weren’t fishing or learning about conservation, they got to have some extra fun enjoying the beautiful landscape. Countless hours were spent at Georgetown lake swimming, paddleboarding, and kayaking. On the hot summer afternoons, this was a perfect opportunity to cool off. 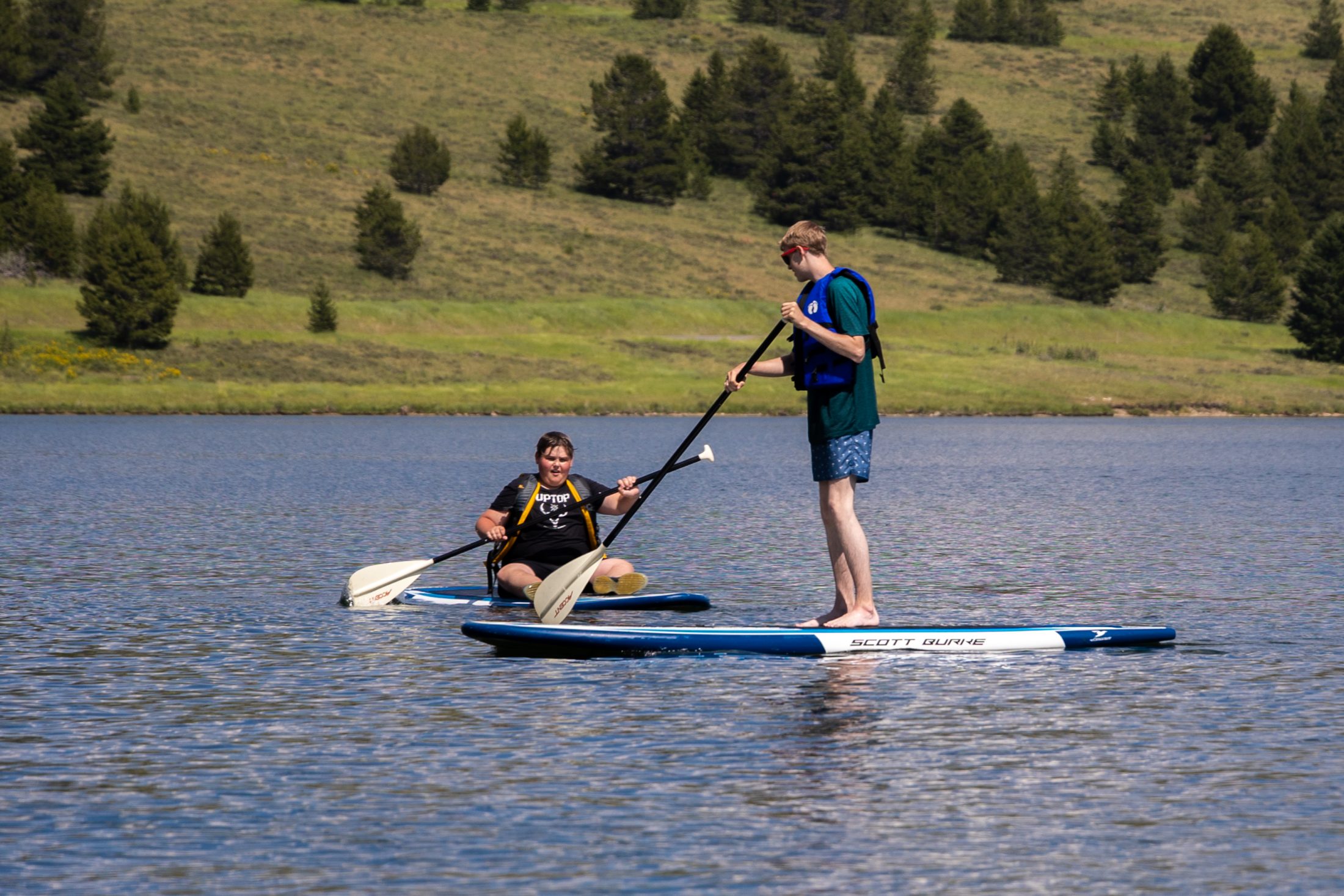 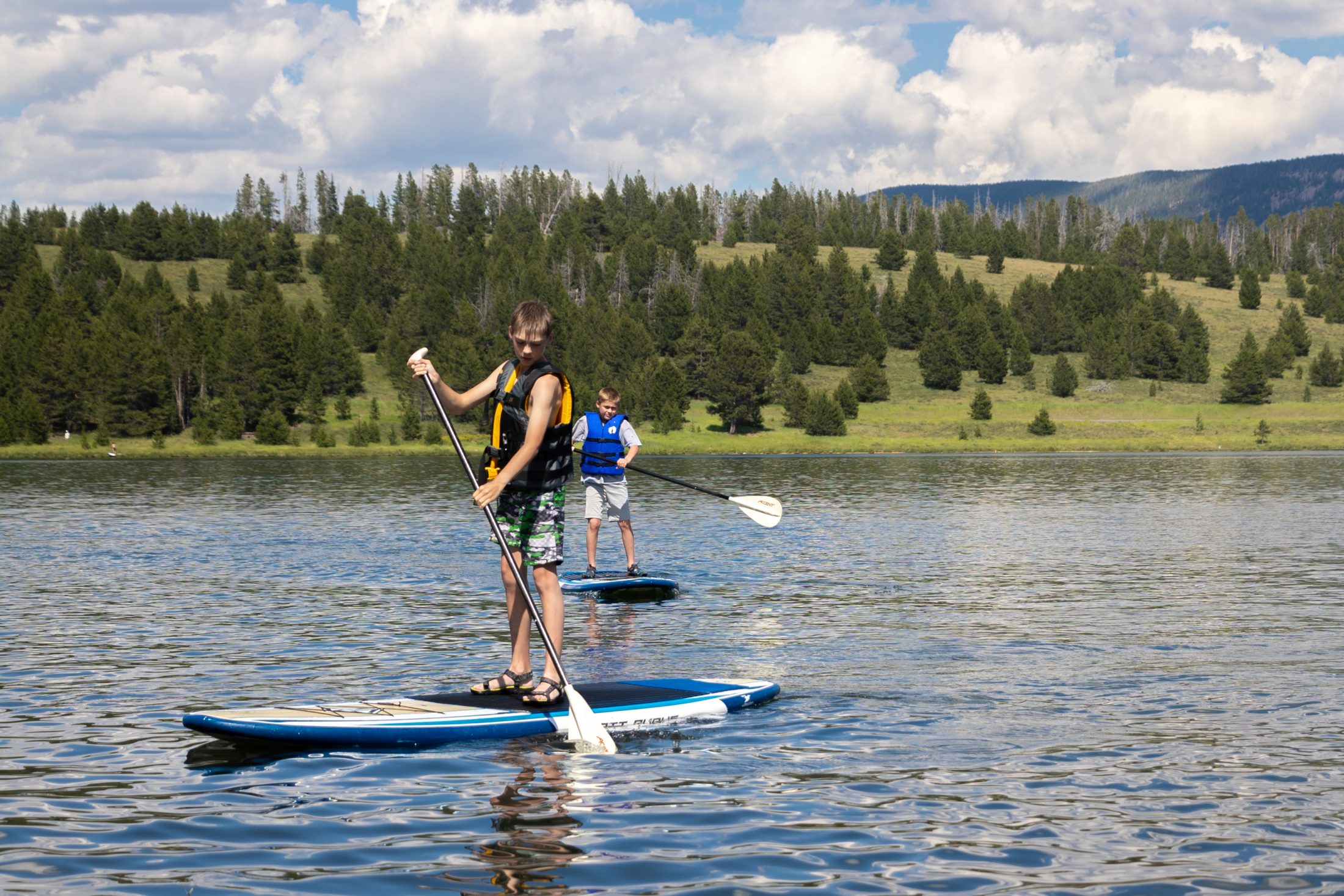 Many campers also took to learning fly tying from Tom Mocliac, who has long visited the camp to share his knowledge in the art and craft of tying flies. From elk hair caddis flies to purple hazes, campers tried their hand at all sorts of new techniques. They were eager to get back on the water to test their new creations. 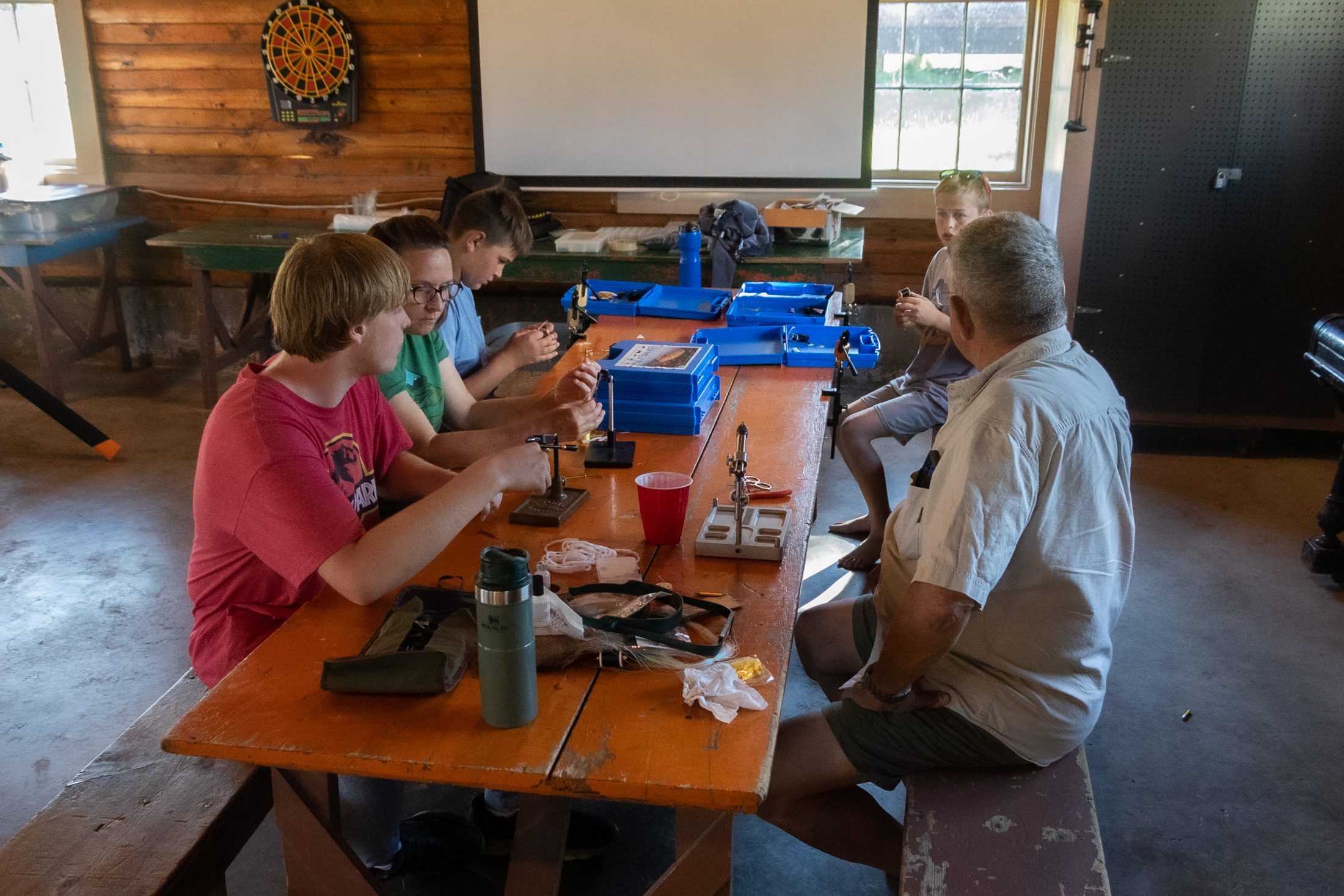 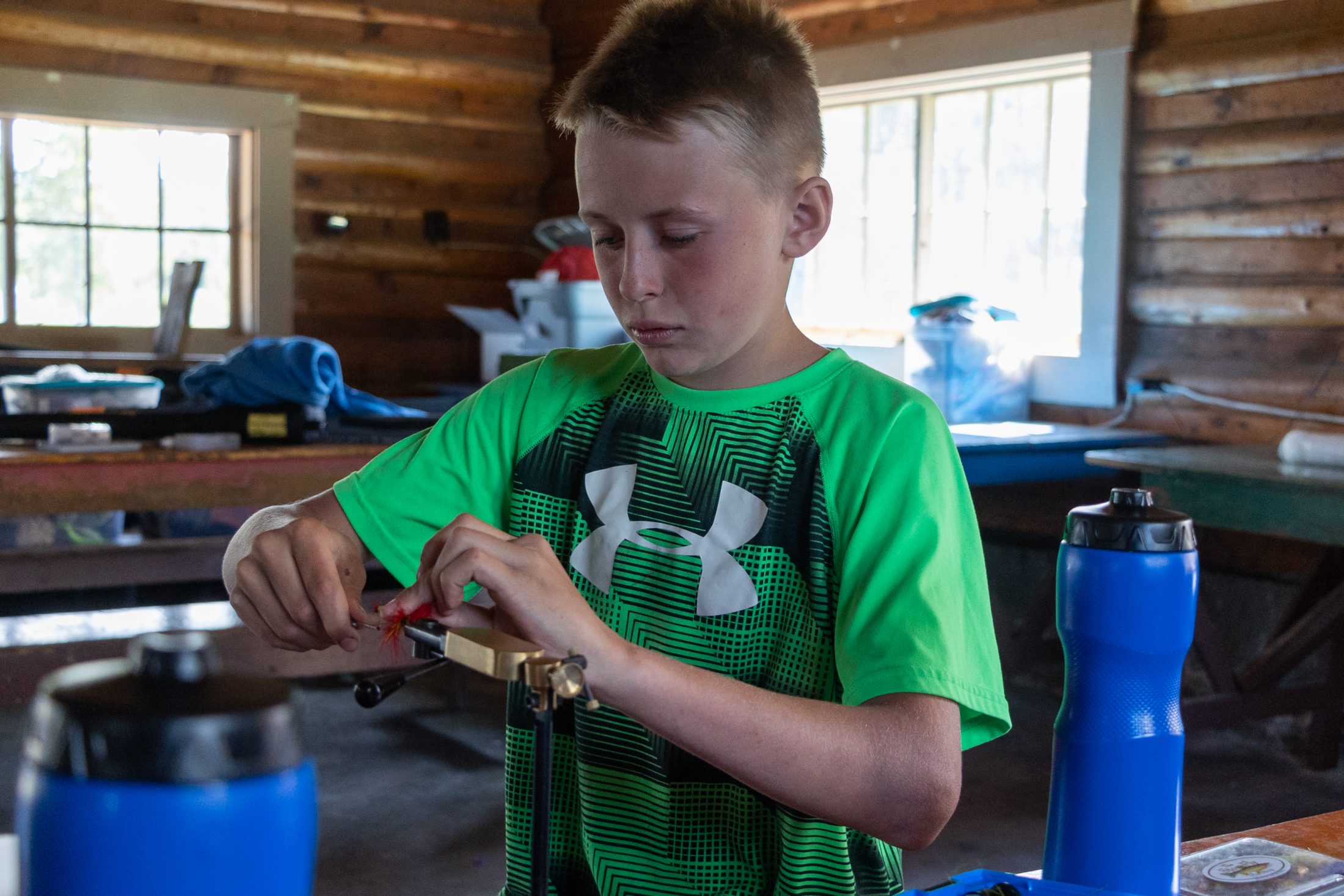 We are so grateful for all the support that makes the Southwest Montana Fly Fishing and Conservation Camp possible! Thank you to everyone who has donated and contributed supplies so that our campers can have the best week possible. We are already counting down the days until next year’s camp!